Volkswagen and other automakers show new features at CES 2016

Las Vegas. The International Consumer Electronics Show, the largest technology trade show on the planet, could not be anywhere else in the world.

I look out of my window on the 31st floor of the hotel where lights, LEDs, dancing fountains, giant billboards and dozens of other hotels with more than 5,000 rooms fight for my attention. All very thought out and planned to dazzle. It is the famous Disney for adults. And it gets even more interesting when the big unicorns are also fighting over the visual, physical, emotional space and the pocket of the 170 thousand technology fanatics present at this year’s trade show.

News? Car manufacturers stand out for presenting the main ones. Volkswagen, GM, Kia, BMW, Toyota, Audi and several others have taken a quadrant at the Las Vegas Convention Center to show that the future has already arrived in the ecosystem created at CES.

Volks is one of the futuristic examples, despite regrets for serious problems of the recent past. The company’s new CEO, Herbert Diees, began his keynote by apologizing for the super fiasco with the environment. He promised that they are working to correct the nearly 20 million cars in the US and Europe. However, he pointed out that he is managing a redesigned VW in which the focus is on personalizing the products to be launched in two stages.

In the first, already in “pre-ordering”, is the semi-automatic car completely focused on the user experience. The vehicle intends – and must succeed – to literally be its owner’s second home in terms of comfort, safety, mobility and connectivity. The commands are now entirely by voice to release the hands only for the steering wheel. The electric car has sensors that allow it to park itself. That mash of wires from the devices disappears and all charging is done wirelessly, both from headphones, tablets and the car itself. Synchronization with modern devices allows music, games and travel guides to be read through the car’s dashboard.

The wristwatch/smart-watch indicates where the car is, where it was while his son, for example, drove around and what was the maximum speed reached. For colder countries where there is a lot of snow, also from the wrist, you can control the internal heating of the car, even from a distance.

VW’s novelty has the creative and affectionate name of Budd-E. It is a novelty that deepens the world of Internet of Things (IoT) with artificial intelligence.

For example, when I go to work in the morning, I ask the car’s dashboard how my refrigerator is doing and find that there is a lack of champagne or some other drink. The car, which has its own cloud, accesses my shopping application, which, in turn, is linked to my credit card. The transaction is completed and the delivery of the products can be made where Budd-E is located.

While working at the office or getting involved in another appointment, the beverage supplier puts the purchases in the trunk, already scheduled to open. On the way home, the home intercom rings and I see that my visit has arrived. Through the panel I open the door from a distance and my social life is saved without having major concerns.

Variation on the same theme, IoT, was presented by Samsung. A refrigerator with a super-touch screen “reads” the items stored in it and indicates what is missing according to the monthly consumption schedule that the family makes. The refrigerator itself makes the shopping list, indicates establishments, accessing the delivery and credit card information already stored in your memory.

There is also a change of habit that will influence many other sectors. From the moment that it is no longer necessary to go to the supermarket, how many products will have to change sales, logistics and launch strategies? How many will have to renew? Demonstrators? Products such as chewing gum, candies, chocolates, lighters, and everything you buy in the checkout line, will have to rethink their entire existence strategy!!!

Kia was another company that presented new features and what impressed me the most were the 360 ​​degree sensors in the new cars that in the near future will make it possible for me to send my car alone to pick up my son or the dog that went for a bath. Or, since the brand’s target is millennials, my son sends the car to pick me up for family lunch.

GM presented the BOLT EV with 200 km of autonomy at a cost of US$30,000. BMW, in partnership with Samsung, added “features” to the new models, integrating class, style and reinventing the term “luxury”. Through the smartwatch of a user who participated in a test drive at CES, I saw the car find a small space, the difficult ones, and park itself. The future is a charm!

(*) The header image was originally uploaded to Flickr by

Maurizio Pesce (pestoverde) at https://www.flickr.com/photos/pestoverde/24370016032. Image licensing under the terms of CC BY 2.0. 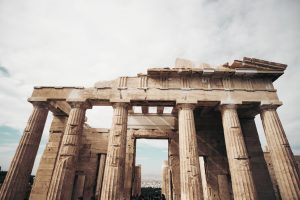 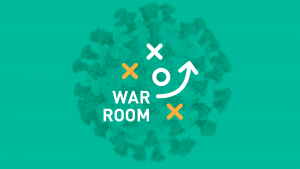 Wish International has once again prepared a study with updated information 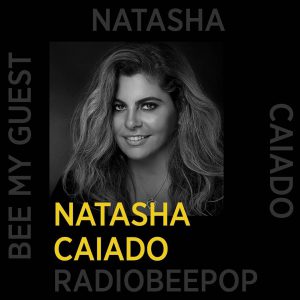